A filmmaker whose major in college was Chinese literature.
He takes moving images and sounds as materials, to observe, to accompany, to refine and share horizons of the human.
He has been worked with performing artists, writers, fitness trainers, and aromatherapists, etc., using creative forms like documentaries, commercial videos, narrative videos, experimental visuals and theater projections.
Recently, he made several projects together with B.DANCE, and will continue documenting the progression of the group.
His work 'Slaughterhouse' and 'Large Rat: We Won't Forget' have won 2 honorable mentions by Taipei Poetry Festival in 2014. Also, his dance film 'Chasser' has been selected by American Dance Festival's "Movies by Movers" section and Bucharest International Dance Film Festival's competition section in 2017. 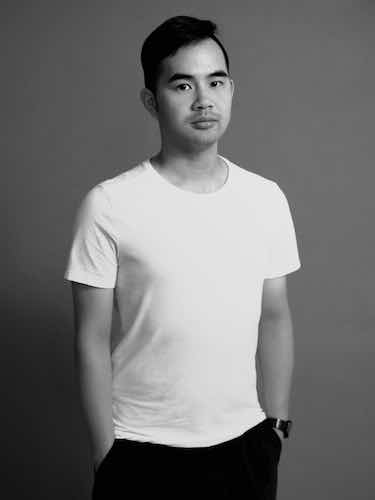